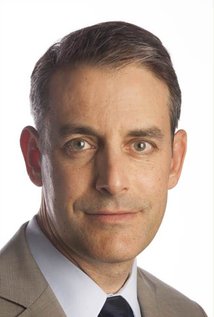 Executive Producer and CEO of Echo Lake Entertainment, Doug Mankoff, joins iPitch.tv for an insightful chat about producing, packaging projects, and the importance of delivering intelligent story that connects us with characters. Since its founding in 1998, Echo Lake Productions has produced and/or financed more than 30 films including Alexander Payne’s “Nebraska”, and “TRUTH” starring Cate Blanchett and Robert Redford. The company’s films have earned numerous awards including 8 Academy Award nominations and one Academy Award win, but that only fuels Mr. Mankoff’s passion for what he deems to be a renaissance of television that brings storytelling beyond the three act structure with anthology series that can essentially be considered 12 hour movies. We’re very excited to see what Mankoff and team deliver in the coming years, and are pleased to bring you this new installment for our “Insiders Get REEL” Series.

iPitch.tv: Thanks for being with us, Doug. I know our filmmakers and producers will appreciate your experience and perspectives.

iP: How did you get your start in the industry and how did that lead to your launching Echo Lake Entertainment and becoming a Producer?

DM:  I went to work for a film financier when I got out to LA and learned a lot about how he had made money financing films... even films that didn’t always make money in the aggregate he was able to make money on by bifurcating rights.  And then I started Echo Lake shortly thereafter as a film fund and as a way to produce as well.  About 10 years ago we started a management division and then recently realized that we needed like everybody else to start focusing on television which was fine because frankly we were excited about all the potential in television.

iP: Yes, it seems a lot of film companies have done similar things and taken note of what The Weinstein Company has done over the last several years and their focus on TV.  Can you tell us a little about what the future holds for Echo Lake and the Television business?

DM:  It’s a very interesting time right now … it’s almost like a new medium has been created.  The idea of these stories that keep going on and on so that one season can look like a 10 or 12 hour movie.  It’s fascinating.  And no one necessarily knows the rules.  So it’s very interesting to be part of the process of deciding when should a character go through a certain change and when should there be a reversal of fortune and those sorts of things… when you’re talking about this type of longer form.

With Film it’s very much about the 3 act structure and it doesn’t really change very much generally.  And so it’s a little more automatic of a process.

We’re excited that television is developing and becoming something new.  It’s clearly attracting a lot of interest from top filmmakers, actors and screenwriters as well as people who have been in television for a long time.

iP:  Are there any projects coming up in the future you can tell us about that you guys have in development?

DM:  We’re shooting our first series right now which we did with Nomadic, a company out of Canada, and with Dynamic, a distributor here.  It’s “Van Helsing” for SyFy Channel.  That’s our first foray into Television. That’s with Neil LaBute as the showrunner.  That’s very cool because it’s a genre show with this very interesting visionary at the helm.

And we’re in post production on a film that we helped finance called “HHhH” which I’m very excited about.  Terrific director Cedric Jimenez.  Wonderful producer Alain Goldman.  Great cast.  So that’s one we’re really pumped about.  The Weinstein’s will be releasing that.

iP: You’ve had such terrific success with a really varied slate of films from “Nebraska” to “Truth”... is there a specific theme or style that you personally gravitate towards in the films that you produce?

iP: Its seems that a person must have a combination of business and creative sensibility to succeed in your line of work. That said, beyond your own natural ability, what key experiences or even jobs along the way really helped you develop and hone those qualities?

DM: I did go to NYU film school to the graduate program.  Didn’t spend the whole time there but I spent enough time to really get a sense of how story is taught and thought about.  I also took a class at a writer’s boot camp again just to understand how writers are thinking about structure and story.  That’s been helpful.  Otherwise it’s really just about knowing what you like and relying on your gut instincts about story.

iP:  For you is there a favorite part of the process whether it be some element of the business in setting it up or more the creative part - putting the pieces together.  Marrying script, director and cast.

iP: For the new Producer or Filmmaker coming into the entertainment business as it is today, what key advice can you give to help them gain momentum, raise money and get their projects off the ground?

DM: You know, right now there’s a lot of money in the marketplace and that money is looking for good stories, good directors and good actors.  Good packages basically.  So I wouldn’t spend a lot of time, energy and effort raising money because once you have a good package… a good story and director etc. then you’re going to find plenty of money.  So my suggestion would be to really focus on finding that underlying property, find that story that’s strong and do your best to package it in a way that you think will be appealing to the marketplace.

iP: Given your experience, what are some common mistakes new Producers make in the process of setting up, producing and ultimately releasing their films?

DM: One mistake that we’ve seen a lot over the years is someone attaching the wrong director or wrong actor.  If you attach a director who maybe had done a great film in the 90’s but hasn’t done a great film since they could easily be deep in director jail.  And attaching them may have actually been a bad thing for the project.  We have found a lot of times by attaching a director whose only really done a good short film or whose done a good first film that was perhaps low budget… that can be a lot more valuable in the marketplace than attaching one of those directors who hasn’t done a good film in a long time.  So that’s the first bit of advice.

iP:  What are the factors you consider when selecting the right Director to MARRY with a script/project?

iP:  Obviously you want a director that can stay on schedule and on budget as well.

DM:  Yeah you definitely want to do some research… once you find out a director’s interested you want to do a lot of research and make sure that it’s the kind of person that’s good to work with.  That he or she is on time and on budget and isn’t a maniac.  Because it is going to be somebody you’re going to spend a lot of time with for a long time.  And you want to be sure they’re going to be a good partner.

iP: Can you help us understand your approach to development?  If you really distilled it down to a few essential elements, what do you look for in a script or a story.

iP: In your career, is there a project or even a moment that you are most proud of?

DM:  I tell ya’, I really enjoyed the experience of making “The Joneses”.  It was a first time director.  It was a really nice collaboration.  Just an experience I think worked out very well.  I enjoyed the people who worked on it.  I think sitting there watching that film premier in Toronto was a real highlight.  It went over very nicely … It was one of those times when you kind of defy the odds and watch something do better than anyone would have expected.  That was a very good moment.

iP: Doug, thank you for sharing with us. We wish you continued success.

iPitch.tv Co-Founder, Scott Manville is a contributing writer for NatpeWORD.  This interview appears on iPitch.tv courtesy of NATPE.

“Insiders Get Reel” Series at iPitch.tv